In October, L'Escaut will host 3 international choreographers who will investigate the notion of "Inhabiting"

"Movement and Space: Which inhabit the other?"

Associate Artist at L'Escaut choreographer Tara D'Arquian invites 2 choreographers in residency at L'Escaut to explore the theme of "Movement and Space: Which inhabit the other?"  through their respective practices.

It is not surprising that Space is at the centre of these 3 artists’ research since they both trained at Trinity Laban Conservatory of London before taking their practice internationally, from England to Scandinavia. Indeed, the Laban Centre was founded in 1948 by Rudolf Laban, an Austro-Hungarian architect who graduated from the Ecole de Beaux-Arts in Paris before becoming a dance theorist, dancer and choreographer.

Everyone’s homes are full of bits of treasure, disguised as tat. These objects may not mean anything to anyone else, and they may not be worth a penny, but to their owners they have tremendous sentimental value. This is usually because, attached to each of these items, is a story.
Over the last few months choreographer Joel O’Donoghue has been collecting some of these stories. He has led movement workshops and interviewed people via a range of charities and community groups, such as London Bubble Theatre Company, South London Cares, Time and Talents, and Dancing to The Music of Time. He has documented all of the participants’ stories on his online blog :

Treasure and Tat is a compilation of work based on the different stories Joel has collected.

“One story that I particularly liked was Lucy's box of childhood memories. The box includes scrapbooks, photographs and medals from when she was a child. The medals she received where awarded to her by her primary school in recognition of her curtesy, and for best supporting actress in her school play as King Louie in The Jungle Book. One thing she remembers doing particularly well as a supporting actress was mouthing the words to a pre-recorded song. She told me that in hindsight she didn't think her costume was very politically correct.”

This work has slowly emerged through many years of investigation, and is now becoming a method of how to document spaces through movement, sound and words. With this I aim to build an archive of spaces that can be performed in other locations and give the audience the experience of being in the space we have documented. We work with the technique Wallwork which has evolved during our start of the project in 2014. At the moment we have tested out the method in two different rooms, and the project will have a rehearsal period in Oslo in November and June 2018 to build it's archive. Video of the latest rooms: https://vimeo.com/137113690 and https://vimeo.com/191383698 . These videos does not involve the sounds and text documentation. At L’escaut I would like to dig deeper into the method and also do a workshop with Wallwork where we create a documentation of one of the rooms, then show it in another of the rooms.

This project is in collaboration with Masako Matsushita who unfortunately is not available in October, however I would like to try a few things in the workshop space during my visit at L’escaut. LAND SKAP is a performance exhibition in which we experiment with how we observe movements and objects and what gets the focus through our and others' choices. The audience can wander around in a space full of boxes of various sizes activated when someone peers into them. Those who look in see the space and the people in it as if it were a real-time movie. Some boxes have secret messages, other boxes offer dance and music. At the moment we use tetrahedron shaped boxes, now we would like to develop the boxes further to try other shapes. A soon finished video from this work can be found at: https://www.goodplaceproductions.com/kopi-af-say-something

This piece explores the multitude of possibilities available to us when we meet the present moment. The play presents a woman who walks through life cyclically, confronted with events triggered by her environment. At first, her responses to the present events seem to be dictated by overwhelming memories of past encounters which she wishes to retain in order to maintain a sense of identity and security. A play of shadow and video will expose the previous incarnations of her positions and movements in space. Each memory, however, differs a little more from what was once true, the weight of this growing distance is reflected in the gradual change of the musical phrases which seem to be repeated while leaving us with a feeling of unknown.

The desperate pursuit of preserving these memories gradually leads to exhaustion in front of which she has no choice but to abandon herself to circumstances and fully embrace the present for what it is. The abandonment of the illusion of a tangible self and the comfort of the known leads her to discover the wisdom of her body beyond acquired knowledge. Each moment now reveals itself as a new opportunity to reinvent herself. 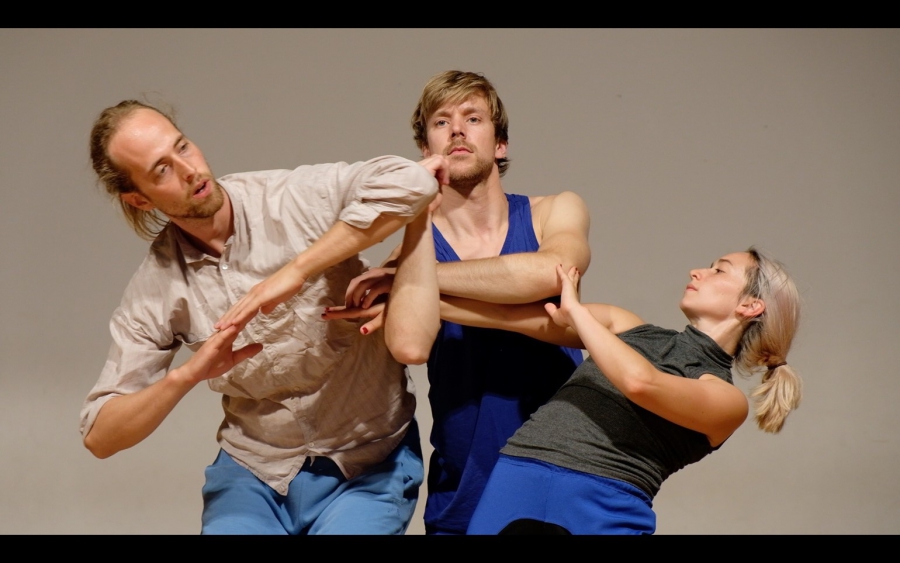 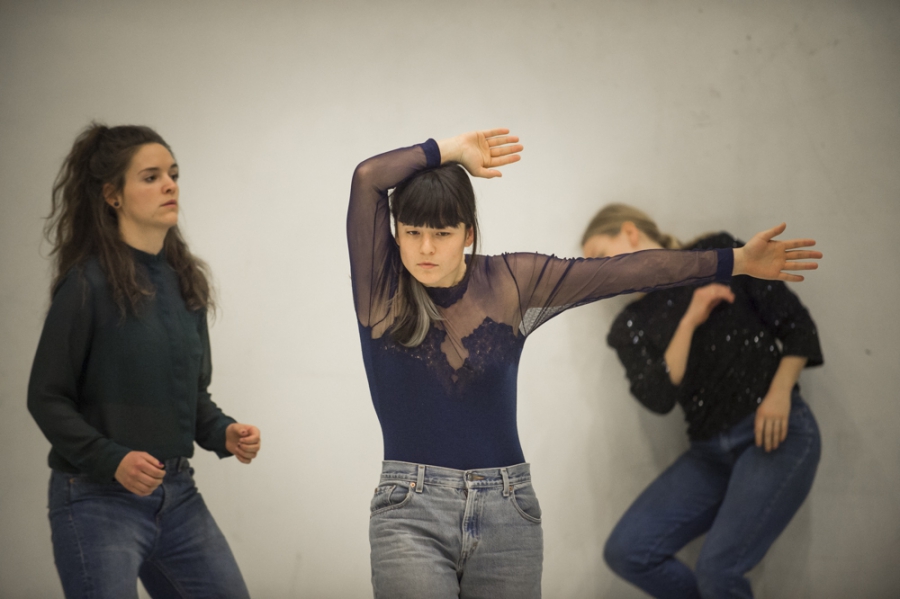