Archétype is an exhibition that brings together the work of Roman Boulay, John Cornu, Antonin Kremer, Perrine Lacroix, Jonathan Loppin and Nicolas Milhé, whose main focus of work is questioning the explicit artwork messages to the visitor/spectator.

This aspect is expressed by testing physical space and characteristic elements of the site. Therein, the presence of architecture is both direct and contextual. In addition, the set of art objects are concerned with a rarely discussed issue: how can an artist reconcile with his own continuity of creation while working in a strong relation to a particular site.

The exhibition opening will take place on 22nd November, from 7pm to 10pm

The exhibition will be open for visits from 22nd November - 5th December,

on Wednesdays, Thursdays and Fridays on 1pm - 6pm,

or by appointment: Antonin Kremer, antokremer@live.be

In coproduction with L’ESCAUT Architectures 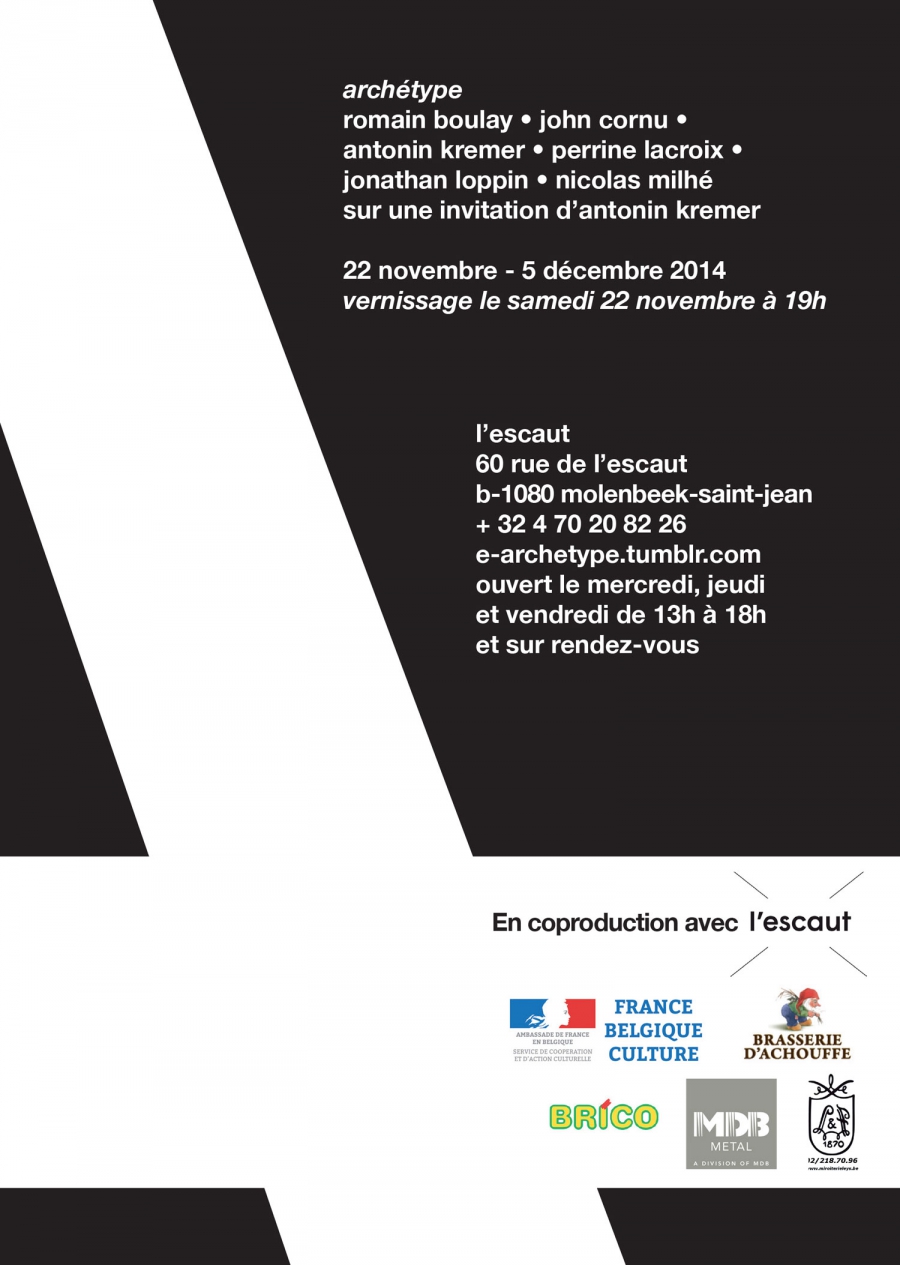